South African ‘gypsy jungle’ band Crimson House has become one of the country’s favourite live acts, with their electrifying, interactive performances and their unique ‘bouncy’ music roping in listeners of all genres.

They continuously perform at sold-out shows around the country and have played at every reputable festival in Southern Africa, a few in the USA, Cayman Islands and soon will take on the European scene. They recently joined Jeremy Loops at Kirstenbosch Gardens Summer Concerts for New Years’ Eve, rounding off a highly successful year of national tours.

In March 2019, they joined the cream of local blues artists on the MSC Musica for the one-of- a-kind Mojo Risin’ Blues Cruise.

With 3 successful albums and a fourth on the way, Crimson House has shot up in the ranks of must-have acts at any festival and a regular name on local radio stations. Even before its release, their new album Bounceology is already boasting chart-topping singles like ‘Jo Bounce’, ‘Don’t Forget to Take Your Medicine’ and ‘Unicorns’.

Led by acclaimed bluesman Riaan Smit, this sextet has proven to be a national phenomenon… and they have no intention on slowing down. 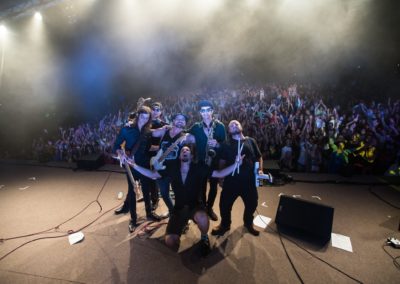 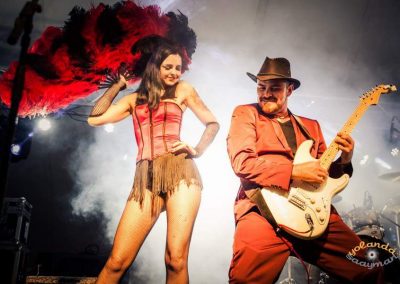 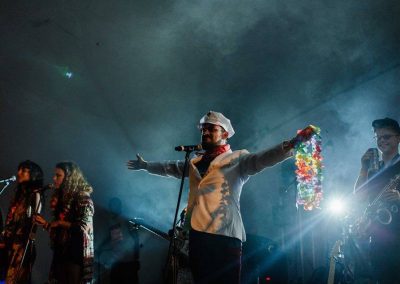 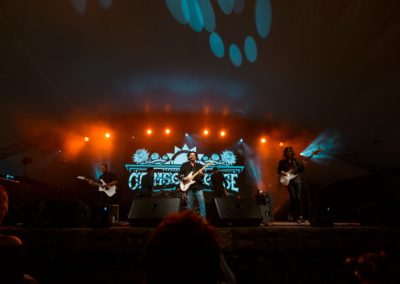 “…a world-class act. Potent as whisky, wild as the desert, and fiery as all hell.”