A Tossing of the Bones…

Forty-five years ago Doc MacLean was playing Charlie Patton songs in Son House’s living room. From back porch to big porch. The storyteller. An emotional remapping of contemporary delta blues. At one time Blues Revue Magazine called him the “Prince of Darkness.” There’s redemption here beyond the simple, acoustic medium– and an appeal that reaches well beyond the Crossroads.

Doc MacLean has performed and recorded with a who’s who of first and second generation blues, roots and gospel artists such as Sam Chatmon, Peg Leg Sam, and Blind John Davis. Among many others, he has supported Sonny Terry and Brownie McGhee, Muddy Waters, Johnny Winter, and BB King. Now best known as a songwriter and storyteller, MacLean has more recently recorded with members of the Canned Heat and Mavis Staples bands. This real deal, old school troubadour self drives to hundreds of shows every year— sometimes busking the places in between. But America is now seen more often in the rear view mirror…

Over the last few years Doc MacLean has driven over 100 thousand km across South Africa. Named as one of the top sets at the massive, 2017 OppiKoppi festival, he’s now played most of the largest festivals, smallest juke joints, coolest theatres, and best regarded presentation stages in South Africa. The thing that has been carried is again returned. “No venue too large, too small, too grand or too humble.”

Writing from the dark side of the road, Doc MacLean remains a songster from the delta tradition. A traveler. Gifted by the grandchildren of slaves, MacLean now sings his own stories and tells his own songs in his own voice. His mostly resophonic, finger style slide guitar pays sonic homage to Patton, House, and Big Joe Williams, while moving forward in a roots based, yet contemporary context.

To MacLean, the Blues is not a genre: it is a condition of the human spirit, a healing music, a journey of the soul, a container of past, present, and future. N’ganga.

Click on link below for the full tour schedule: 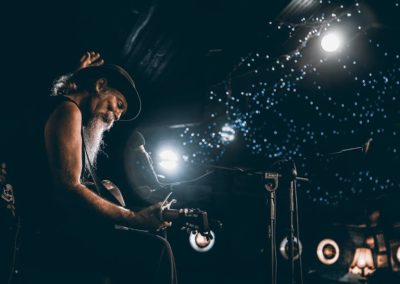 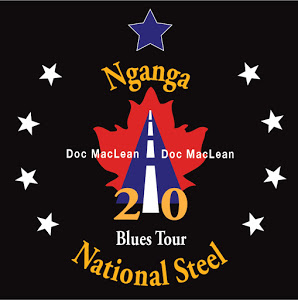 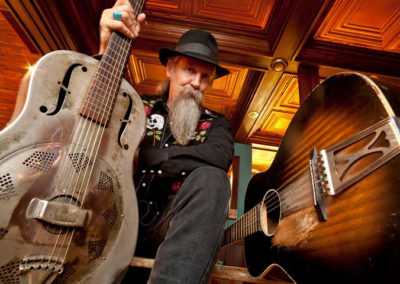