Mr Cat & the Jackal is a 4 piece musical troupe from Cape Town, South Africa. If they can’t entertain you with a tango, they might tell you a twist in the tail Balkan story or a maudlin waltz. This band of bastards are thoroughly multi-instrumental and they wish to make you both laugh, dance and mewl at their shows.

Started in 2007 originally only to write music for theatre (which they still do), things quickly grew into a full live show that has been extensively touring South Africa, Mozambique and England. Playing clubs, theatres, dingies, theatres, restaurants, weddings, dodgy watering holes, high class picnics and nearly every festival in RSA.

Currently the group is recording their fourth studio album. It will be their most personal one to date with a new take on their music. Tentative release date is mid 2018.  This crew of yay-sayers expanded in 2010 opening their own studio namely FRESH MEAT STUDIOS, which builds instruments, records, soundtracks (both writing and recording), demo’s and foley.  Examples of this: -Alice Phoebe Lou – Taleswopper – ‘Boland Moorde’ (season 1 & 2) – Bone Collectors – For the Birds – Bloedson.

“Picture a smoke-flled pub on the edge of a muddy marsh in Louisiana’s Deep South. Add Mr. Cat & The Jackal to the stage and what fows back at you is sublime retro-fuelled, multi-instrumental originality, reminiscent of Tom Waits and Nick Cave’s finer body of work.” Jason Curtis 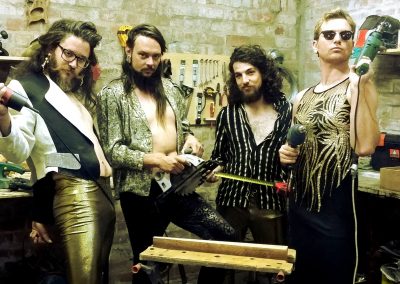 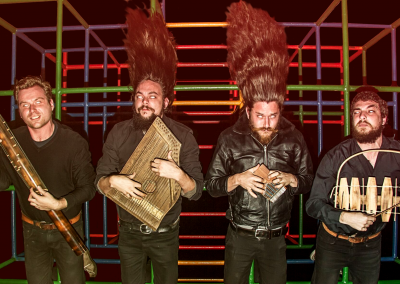 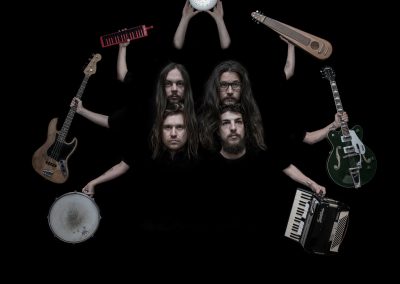 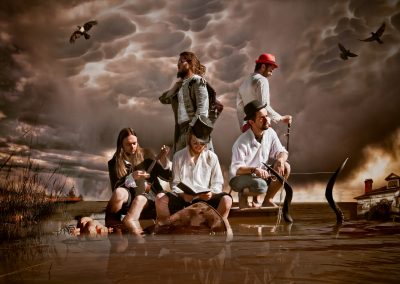