The Black Cat Bones is one of South Africa’s favourite and most well-supported rock bands to date. Formed in Silverton, Pretoria in 2007, the group consists of members Kobus de Kock Jnr. (vocals) and André Kriel (guitar) with Casey Rothman (bass) and Gareth Bunge (drums). Almost
12 years later, they are still considered to be one of the current top performing acts in the country.

Their debut album Silverton Swamp Songs (2009), and the critically acclaimed second helping The Long Drive (2011) were heavily influenced by Kobus and André’s roots in the blues. Their third studio release and SAMA-nominated Beatipliller (2013) showcased their collective influences as a diverse 4-piece rock act. In the same year the band also won the MK-award for ‘Best Live Act’ and emerged from being underground sub-culture champions to a group that is adored nationwide by a constantly expanding and ever-loyal following from all walks of life.

Their latest album Here is a Knife was released in November 2018 and has recently been nominated for yet another SAMA (South African Music Awards) for ‘Best Rock Album’. The single ‘The Well’ is also doing extremely well on local radio stations with the band enjoying high
rotation and some well-deserved main stream hype.

The Black Cat Bones are recognized for their hard work ethic and their professional approach to the music industry, one of the many reasons why they are loved and respected among their peers as one of the most driven musical outfits to come out of South Africa. They have collaborated and performed alongside some of the county’s most celebrated artists across all genres and are just as at home in an intimate toned-down setting as they are on a world class festival stage. 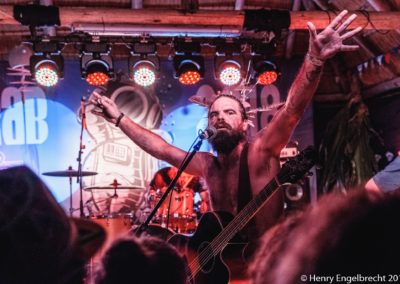 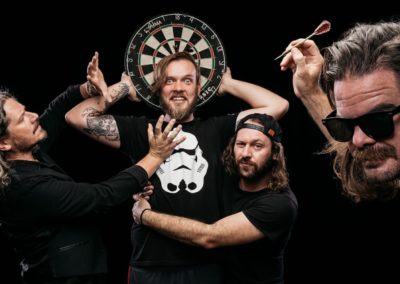 ‘The Bones were phenomenal. Their anarchic blues attitude complete with rich guitar and gravel voices always makes them an unforgettable experience.’

‘… wise and explosive. Transcending all boundaries …’