Warongx is an electrifying Afro/blues-rock band straight out of the “United States of Khayelitsha”, Cape Town.  Fronted by the unforgettable Ongx Mona — and spreading a message of Peace and Order — this pioneering outfit is set to take the South African music scene by storm.

Born in the Eastern Cape, Ongx Mona (guitar and vocals) and Wara Zintwana (bass and backing vocals) share a musical dream and a productive 10-year working relationship.  Pioneering a genre of ‘Afro/blues-rock’, tinged with reggae and maskandi influences, Ongx has shared his music with audiences in Europe and the United States.  Deeply accomplished musicians, they have shared the stage with Sipho ‘Hotstix’ Mabuse, Dorothy Masuka and Three Tonnes of Fun — and their original sound and unforgettable stage presence has earned them enthusiastic responses around South Africa.  The band’s message of Peace and Order is central to their musical identity.

Fleshing out this duo is legendary Roger Khoza on keys, Masixole Mkhonto on drums and Lindelo Mangesi on tenor saxophone.  The band produces a writhing, rhythmic groove while Ongx delivers soulful, impassioned vocals — a big sound for any size room, and always guaranteed to get the crowd up on its feet and dancing. 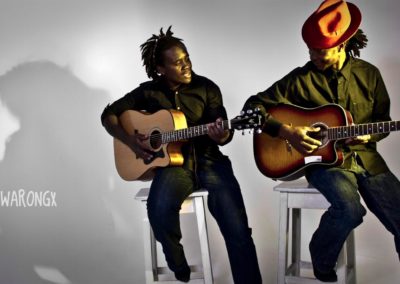 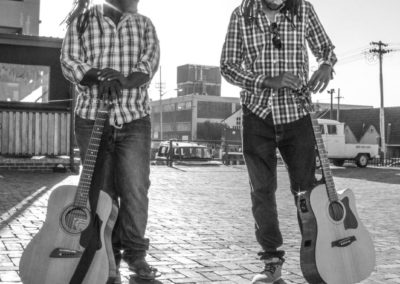 “Warongx might be the best band we’ve seen all year.”